Sales on the European market grew by 11%, and the absolute market level is now 10% below the 2007 peak. There was a considerably growing momentum over the year: after a 5% sales increase in the first quarter (compared to Q1 2017), growth was at 8.5% and 9.4% in the second and third quarter, respectively. The last quarter even saw an unexpected boom with sales growing by 15% year-over-year. These are the main findings of the CECE Annual Economic Report 2019, published today. 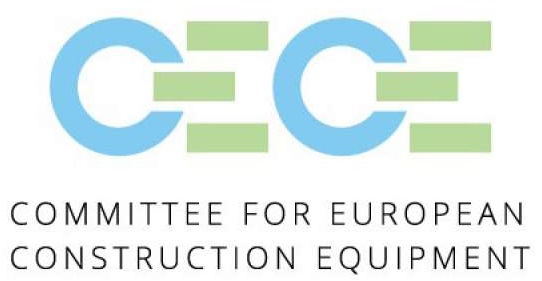 Most regions in Western and Northern Europe saw steady growth. Coming from already high levels, many of these markets reached new historical record levels. Southern Europe and Central and Eastern European markets continued their recovery and grew at above-average levels. Russia confirmed the positive trend of the previous year. The Turkish market was the negative exception: after a stable start into the year, the market fell victim to the general economic climate in the country and recorded a disastrous second half.

Sales of earthmoving equipment in Europe (including Russia and Turkey) grew by 9.6%, thereby surpassing the 2008 levels. Sales of road equipment on the European market went up by 12%. Similar to earthmoving equipment, this saw sales reach their highest levels since the economic crisis ten years ago. Building construction equipment was once more the best-performing of the sub-sectors in 2018, but as the recovery of this segment continues the sales growth of concrete equipment and tower cranes is getting less dynamic, also vis-à-vis the road equipment and earthmoving equipment sectors. Still, the very positive notion is that after four consecutive growth years, recovery is meanwhile at an advanced stage despite a still existing and rather strong North-South disparity.

The general scenario is not expected to change significantly in 2019

Along with expanding construction and mining sectors and backed by growing commodity prices, the global construction equipment industry is expected to remain on a growth path, albeit with a somewhat slower momentum (given that China with the highest leverage of all markets will probably not continue its growth at a comparable pace). If global developments will not be overshadowed by an aggravation of the trade conflicts, a 5% to 10% sales increase on the world market is realistic.

Naturally, at the end of what has been a rather long upward cycle, it is not realistic to expect the same levels of growth as in 2018. Even if the big uncertainties – most prominently Brexit and the risk of a global trade war – do not yield negative fallout, a cyclical downturn in Europe in the second half of 2019 is a realistic scenario. “As a result, the forecast for the European construction equipment market is for sales to be between 0% and -5% in 2019”, says Sebastian Popp, economic expert at CECE. “This would still represent a good year for the industry and is by no means bad news.”